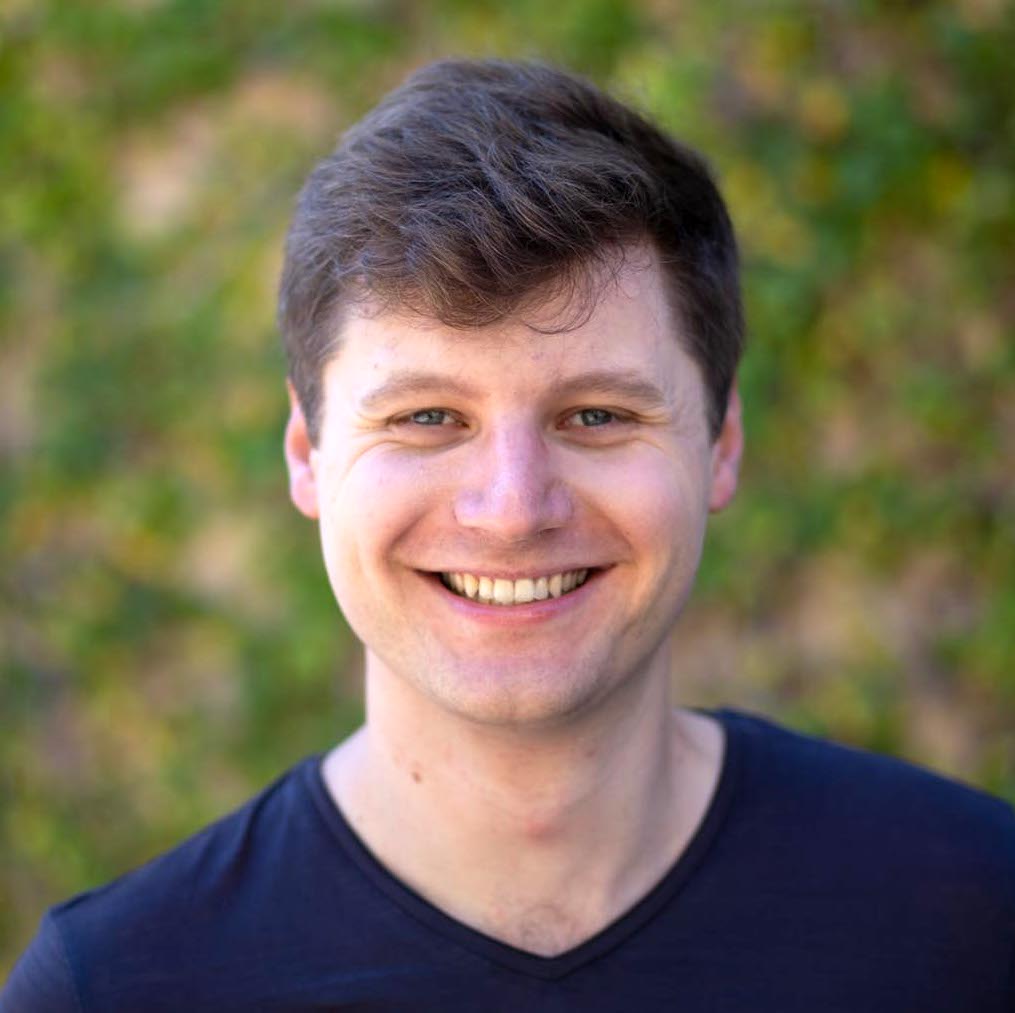 I'm an economist working on artificial intelligence, the labor market, and economic growth.

I previously studied at Balliol College, Oxford, MIT, and Stanford, where I received my Ph.D., and have been a classicist, an organ scholar and choral conductor, a writer for The Economist, part of a lab at the Harvard School of Public Health, a research economist at the Institute for Fiscal Studies, a research scientist at DeepMind, and (very briefly) a war correspondent.

If you have questions about my research, I'd love to hear from you! My email is michaelwebb@alumni.stanford.edu.

Are Ideas Getting Harder to Find?

In many models, economic growth arises from people creating ideas, and the long-run growth rate is the product of two terms: the effective number of researchers and their research productivity. We present a wide range of evidence from various industries, products, and firms showing that research effort is rising substantially while research productivity is declining sharply. A good example is Moore's Law. The number of researchers required today to achieve the famous doubling every two years of the density of computer chips is more than 18 times larger than the number required in the early 1970s. Across a broad range of case studies at various levels of (dis)aggregation, we find that ideas — and the exponential growth they imply — are getting harder to find. Exponential growth results from large increases in research effort that offset its declining productivity.

The Impact of Artificial Intelligence on the Labor Market

I develop a new method to predict the impacts of a technology on occupations. I use the overlap between the text of job task descriptions and the text of patents to construct a measure of the exposure of tasks to automation. I first apply the method to historical cases such as software and industrial robots. I establish that occupations I measure as highly exposed to previous automation technologies saw large declines in employment and wages over the relevant periods. I use the fitted parameters from the case studies to predict the impacts of artificial intelligence. I find that, in contrast to software and robots, AI is directed at high-skilled tasks. Under the assumption that the historical pattern of long-run substitution will continue, I estimate that AI will reduce 90:10 wage inequality, but will not affect the top 1%.

Does Information About AI Regulation Change Manager Evaluation of Ethical Concerns and Intent to Adopt AI?

The Journal of Law, Economics, and Organization, 2022

We examine the impacts of potential artificial intelligence (AI) regulations on managers’ perceptions on ethical issues related to AI and their intentions to adopt AI technologies. We conduct a randomized online survey experiment on more than a thousand managers in the United States. We randomly present managers with different proposed AI regulations, and ask about ethical issues related to AI and their intentions related to AI adoption. We find that information about AI regulation increases manager perception of the importance of safety, privacy, bias/discrimination, and transparency issues related to AI. However, there is a tradeoff; regulation information reduces manager intent to adopt AI technologies. Moreover, information about regulation increases manager intent to spend on developing AI strategy including ethical issues at the cost of investing in AI adoption, such as providing AI training to current employees or purchasing AI software packages.

Some Facts of High-Tech Patenting

Patenting in software, cloud computing, and artificial intelligence has grown rapidly in recent years. Such patents are acquired primarily by large US technology firms such as IBM, Microsoft, Google, and HP, as well as by Japanese multinationals such as Sony, Canon, and Fujitsu. Chinese patenting in the US is small but growing rapidly, and world-leading for drone technology. Patenting in machine learning has seen exponential growth since 2010, although patenting in neural networks saw a strong burst of activity in the 1990s that has only recently been surpassed. In all technological fields, the number of patents per inventor has declined near-monotonically, except for large increases in inventor productivity in software and semiconductors in the late 1990s. In most high-tech fields, Japan is the only country outside the US with significant US patenting activity; however, whereas Japan played an important role in the burst of neural network patenting in the 1990s, it has not been involved in the current acceleration. Comparing the periods 1970-89 and 2000-15, patenting in the current period has been primarily by entrant assignees, with the exception of neural networks.

How Does Automation Destroy Jobs? The 'Mother Machine' in British Manufacturing, 2000-2015

The machine tool is a key technology used in many manufacturing industries. Originally operated by hand, machine tools have seen substantial automation in recent decades. We first study the effects of the automation of machine tooling on firm survival and employment in the context of rising Chinese import competition between 2003 and 2015. Using an original private census of machine tool use in manufacturing plants, we show that the level of automation had a strong positive association with firm survival, and that greater initial automation was associated with increases in employment both within firms and commuting zones. In work still in progress, we combine the private census with administrative data to assess automation's effects on wages and productivity.

We provide stylized facts on the existence and dynamics over time of the large firm wage premium for four countries. We examine matched employer-employee micro-data from Brazil, Germany, Sweden, and the UK, and find that the large firm premium exists in all these countries. However, we uncover substantial differences among them in the evolution of the wage premium over the past several decades. Moreover, we find no clear evidence of common cross-country industry trends. We conclude by discussing potential explanations for this heterogeneity, and proposing some questions for future work in the area.

We estimate a dynamic model of female labor supply and human capital accumulation using unique panel data from the UK. We allow returns to work experience to differ by level of education and also allow for differential experience effects of part-time and full-time employment. We use the model to examine the gender gap in earnings and to assess the impact of reforms to tax credits and to welfare benefits on human capital investments and labor supply. We also use direct measures of training to explore the potential role of training in offsetting human capital depreciation and enhancing life-cycle earnings.

This chapter reports that in nearly every region, suboptimal diet remains the leading risk factor for poor health; hunger and malnutrition result in substantial burdens and contribute to the incidence and prevalence of noncommunicable diseases (NCDs). Specific population interventions, including taxation and subsidies, food regulations, mass media campaigns, and school and workplace interventions, appear effective in improving diet, and many such interventions may prove highly cost-effective (efficient health gained per dollar spent) or even cost saving (health gains with reduced overall spending). These interventions prove highly attractive and complement the preventive health system strategies promoted in high-, middle-, and low-income countries. Selected policy interventions may also reduce health disparities. Specific knowledge gaps remain in quantitative effectiveness and cost-effectiveness of several dietary policies in different settings and within different population subgroups, however. These gaps highlight the urgent need for governments, foundations, advocacy groups, and private industry to prioritize relevant implementation and evaluation of these approaches.

We quantified the cost effectiveness of a government policy combining targeted industry agreements and public education to reduce sodium intake in 183 countries worldwide. We studied a “soft regulation” national policy that combines targeted industry agreements, government monitoring, and public education to reduce population sodium intake, modeled on the recent successful UK program. To account for heterogeneity in efficacy across countries, a range of scenarios were evaluated, including 10%, 30%, 0.5 g/day, and 1.5 g/day sodium reductions achieved over 10 years. We characterized global sodium intakes, blood pressure levels, effects of sodium on blood pressure and of blood pressure on cardiovascular disease, and cardiovascular disease rates in 2010, each by age and sex, in 183 countries. Country specific costs of a sodium reduction policy were estimated using the World Health Organization Noncommunicable Disease Costing Tool. Country specific impacts on mortality and disability adjusted life years (DALYs) were modeled using comparative risk assessment. We only evaluated program costs, without incorporating potential healthcare savings from prevented events, to provide conservative estimates of cost effectiveness. Worldwide, a 10% reduction in sodium consumption over 10 years within each country was projected to avert approximately 5.8 million DALYs/year related to cardiovascular diseases, at a population weighted mean cost of I$1.13 per capita over the 10 year intervention. Most (96.0%) of the world’s adult population lived in countries in which this intervention had a cost effectiveness ratio <0.1×GDP per capita, and 99.6% in countries with a cost effectiveness ratio <1.0×GDP per capita. The intervention is projected to be highly cost effective worldwide, even without accounting for potential healthcare savings.

covered our Ideas paper, as did The Economist and Freakonomics!